In an initiative to physically brand the George Town UNESCO World Heritage Site, the Penang state government opened an international pitch for “Marking Georgetown – An idea competition for a UNESCO World Heritage Site“ in 2009.The winning idea culminated in a unique series of steel-rod caricatures which retells the history of the streets and stories of its communities in a local voice.

Sculpture at work in the creative direction of local artist Tang Mun Kian won the commission with the theme “Voices of the People”, a deserving retelling of Penang history by Penang characters with their own peculiar brand of wit and humor; in effect, marking and relating stories of key heritage sites of the city in a unique and timeless way.

In 2010, work started and to date, there are 52 steel-rod sculptures. This unprecedented project also opened the door for new public art forms in Penang. Among the more popular are wall murals by Ernest Zacharevic for Mirrors Georgetown and wall murals by visiting foreign artists invited by Urban Xchange. The marking George Town project has inadvertantly changed the landscape of George Town through art and created a whole new category of attractions.

These pieces, like most public art, were not officially named; hence they are titled here according to subject matter or as they are popularly known.

Some of the most photographed steel-rod sculptures reside along the Muntri Street area. The Husband cheating piece on a window above love lane is a comical rendition of a wealthy man hanging out of his mistress’ window. Two other popular pieces are about the famous shoe designer Jimmy Choo and a remarkably large piece explaining the origin of the name of Muntri Street.
The area around Armenian Street, the most visited tourist street in Penang, is also a great place to view and photograph street art. One of the most popular here is a steel-rod sculpture which depicts the wealthy and influential Chinese community Leader Chung Keng Kwee, or Ah Quee as how the British named him.

To fully understand and appreciate each piece, it is important to read the accompanying descriptors – they briefly explain the history of the place and the people who worked and lived there.

The Marking George Town sculptures carry the theme “Voices of the People “, and its meant to retell the history of each part of George Town in the way that the locals would; with their own peculiar brand of with, humor and language.

A steel-road sculptures at transfer road, for example, uses the word “Go Ka Ki” the local Hokkien – Malay term for the five-foot ways of Penang. Another piece called “Mahjong“ at steward lane has neighbors shout in local English accent “Hey! at this hour, still play Mahjong?“ in response to the noisy shuffling of mahjong tiles; Mahjong being the favorite pastime in this mainly Cantonese quarter.

It is also no coincidence that the artist who created this piece are local Malaysians and Penangites. All these makes marking Georgetown a fun and interesting way to discover the local heritage.

Light up your evenings

For a little entertainment after dinner, try exploring the marking Georgetown sculptures to indulge in a some local wit and humor, or simply to take photos.

If you choose to start from the pier, you might also want to stop by the esplanade for a walk along the water front. In the vicinity, prominent British – era buildings such as the court house and the St. George’s church are lit up in splendor.

The nights are more cooling at around 26 degrees Celsius with an occasional strong breeze coming in from the sea and road traffic slows down after 8 pm, making it perfect for walkabouts.

George Town as an Arts and Culture Hub

Soon after George Town was designated as a UNESCO World Heritage Site in 2008, started capitalizing on world interest and branding itself through the arts. This is evident from festival like the annual Georgetown festival and yearly Urban Xchange projects that have veritably turned Penang into the region’s arts and culture hub.

With these changes, Georgetown is quickly becoming a place for arts and budding artist. There’s plenty to draw form – its heritage, its multicultural and cuisine, and its unique architectural landscape.

The Marking George Town project was one of the first initiatives to brand and define Penang and the stories that it tells are just as fresh today as when they first graced Penang’s walls. Like subway art is to New York and Paris, and cosplay is to Harajuku, Georgetown has today become well-known for its beautiful wall art. 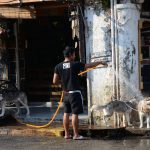 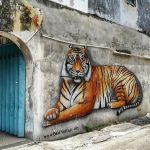 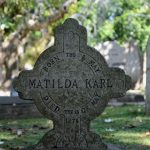 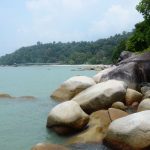 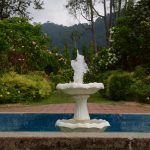 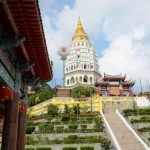 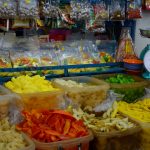 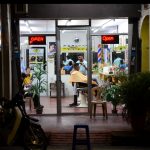 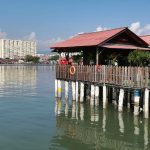